Sequential Art Gallery proudly presents artist Tyler Crook and his exhibition of covers and pages from “Harrow County”, “B.P.R.D.: Hell on Earth”, and “The Sixth Gun”. The exhibition opens First Thursday, August 4th, with an artist’s reception from 6pm to 10pm. 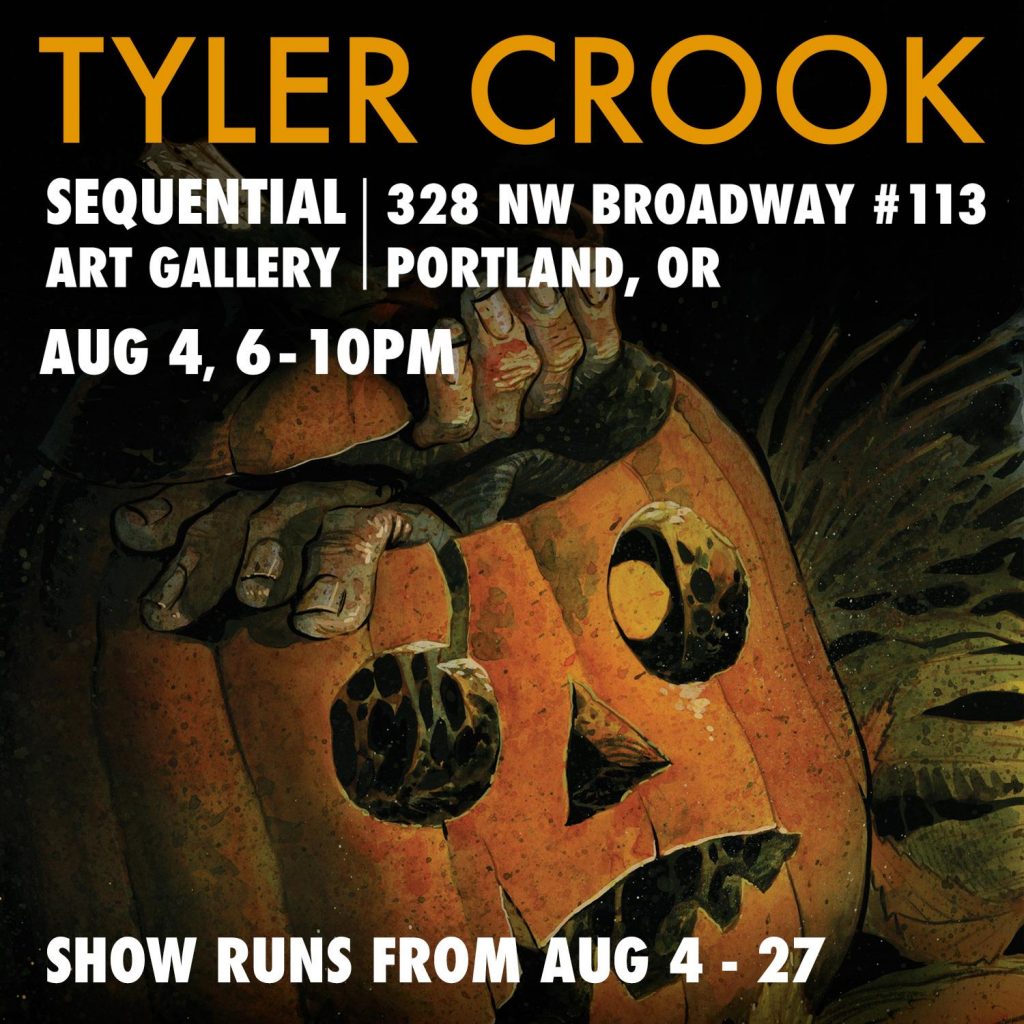 Described as a “southern gothic fairy tale”, “Harrow County” is a eerie & unsettling horror comic, written by Cullen Bunn, and published by Dark Horse Comics. The central character, Emmy, has never known life outside of her father’s farm, but finds herself drawn to the dark woods surrounding it; the woods where Hester the witch used to perform her rituals. Crook’s gorgeous watercolor & gouache painted pages brilliantly convey both the semi-idyllic farm life and impending sense of dread of the woods.

Crook is an American artist living in the 21st century. For twelve years he made art for sports video games before switching to comic books. In 2011, he illustrated “Petrograd”, an original graphic novel written by Philip Gelatt and published by Oni Press. Since then he’s been very busy working on titles like “Witchfinder”, “Bad Blood”, “B.P.R.D.: Hell on Earth”, “The Sixth Gun”, and “Harrow County”. In 2012, Crook won a Russ Manning award, and just this year, “Harrow County” was nominated for a “Best New Series” Eisner Award. He currently lives in Portland with his amazing wife and weird pets.

Open for regular viewing hours on Mondays (2pm-6pm), Saturdays (11am-5pm), and by appointment.